Cherlin, Andrew J. 2010. The Marriage-Go-Round: The State of Marriage and the Family in America Today. New York, N.Y: Vintage.

The Marriage-Go-Round is an outstanding example of sociological scholarship. Andrew Cherlin combines history, theory, and data to provide a thorough understanding of marriage as an organizing force of American social life. Beginning in colonial America of the 17th century, the book follows the institution of marriage through its turbulent ride to the present. Cherlin uses this historical backdrop to frame modern changes in American family life: rising divorce rates, cohabitation, and debates over same-sex marriage.

The story begins with a cultural contradiction: Americans have the highest rate of marriage and the highest rate of divorce among Western nations. Which one is it? Do we value marriage or not? Americans are unique in having it both ways, resulting in more family transition than anywhere else. To understand this, Cherlin draws on Ann Swidler’s conception of culture as a toolkit (1986). This perspective takes “culture” to be a system of meanings, or strategies for action, that social groups use to solve problems or answer questions like “how are we to live?” Developed more fully in her book Talk of Love (2001), Swidler notes the incompatibility of various cultural models, and Cherlin presents this idea as a way to understand American marriage. On one hand, Americans have a cultural model of marriage wherein a permanent, loving, and sexually exclusive marriage is taken to be the best way to live one’s life. On the other hand, Americans have a strong cultural model of individualism wherein you have the authority to make choices about your personal life, your primary obligation is to yourself, etc. Drawing on these two cultural models, or strategies of action, Americans find justification for both getting married and leaving it upon the realization of their dissatisfaction. For example, when asked whether “marriage is a lifelong commitment and should only be ended in extreme circumstances” 76% of Americans agree. Later, when respondents were asked whether they should stay in a “troubled and unhappy marriage” for the sake of the children, 75% disagreed or were neutral. While it is difficult to probe complex circumstances with two survey questions, Americans seem to be drawing on two separate authorities. The first half of the book lays out a 300-year history of marriage in America with special attention to the development of these parallel models of marriage and individualism.

In colonial America, the family unit was responsible for gathering food, providing shelter, and educating children. Laws against living alone were thus less an encouragement for marriage than an encouragement for a healthy and educated population. Furthermore, any notion of individualism had to survive in a world without privacy: the luxury of time and space to oneself was simply in short supply on the frontier. Urbanization of the 1850s encouraged families to work outside the home and facilitated close contact with non-family members. This transition to cities prompted early debates about the new purpose of marriage. 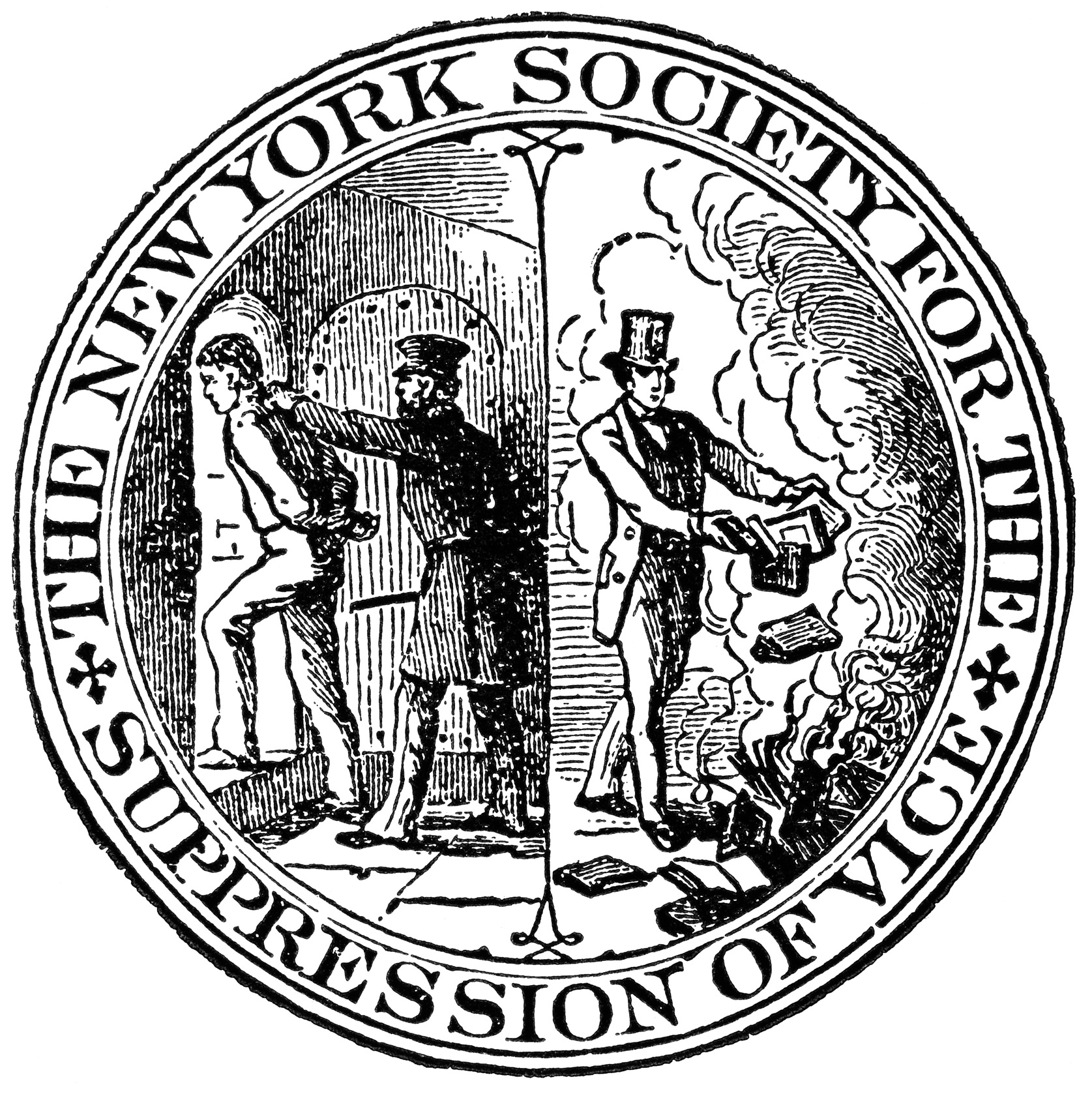 Worried about the promiscuity made available by these conditions, people like Anthony Comstock defended a view of marriage centered around childrearing. Sex for mere pleasure was a selfish act of hedonism that debased its true moral end: procreation. The Comstock Laws of 1873 and The New York Society for the Suppression of Vice were established to police this definition of sex and marriage.

With this emphasis on marriage in the 19th century, “divorce-mill” states like Indiana and Connecticut, found a quick way to attract people (and their tax money). In 1931, an unhappy couple only had to live in Nevada for six weeks to get a divorce. The rising rate of divorce signaled two things. On one hand, material well-being and survival were no longer dependent on marriage. Unhappy couples were now free to leave abusive or unsatisfying partnerships. On the other hand, the declining number of children, more external schooling, and increased life expectancy meant couples experienced long periods without children at home for the first time in human history. Two adults could fulfill their childrearing duties and have decades to themselves afterwards? It had never been done before! The social-structural changes of the Progressive Era introduced new ways of thinking about human well-being that centered on emotional and marital happiness.

California introduced the no-fault divorce in 1969 and divorce rates rose quickly during the 1970s and 1980s. During this time, the U.S. waiting period for a no-fault divorce was one year or less, compared to five years in England, six years in France, and three years in Germany. To explain this cross-country difference in divorce and individualism, Cherlin puts a lot of weight on American religiosity. While religious messages are often pro-marriage, American Protestantism, with its seeker-sensitive emphasis, also encouraged individualism. A diverse religious marketplace, thousand-member megachurches, and a vague and permissive morality all work together to erode the communitarian forces of traditional religiosity and give rise to a divinely-sanctioned individualism.

This religious individualism was not restricted to Protestants. Even Catholics were swept up in the American project: before Vatican II in the early 1960s, the American Catholic church granted about 400 marriage annulments per year. By the 1980s, this number exceeded 50,000 (I had to track this unbelievable number down: check out Wilde’s excellent JSSR article in 2001). All this said, knowing one’s religious affiliation in America tells us next to nothing about their risk of divorce (Call and Heaton 1997).

It’s admittedly hard to prove causality here. Did religious ideas encourage divorce? Did rising divorce steer religiosity in a more permissive direction? Cherlin meets us in the middle: “Both the spirituality of seeking and the individualized marriage became part of the larger project of developing your self-identity, a quest that became the focus of personal life for more and more Americans during the last several decades of the twentieth century.” p108

To sum up Cherlin’s historical account, there are two cultural models in America: marriage and individualism. These are held together in tension and contribute to paradoxically high rates of marriage and divorce. Before social support systems and birth control, marriage was the best way to raise healthy, educated children. Beginning in the 19th century, social support systems gradually took over these responsibilities from the family unit and individuals were free to pursue their own well-being. Advances in birth control furthered this autonomy. The historical benefits of marriage seemed harder and harder to find.

Despite popular hyperbole (“the collapse of the family unit”), few would want to roll back the clock on these changes. Doing so would strip women of the right to vote, the opportunity to work outside the home, and access to modern contraception. Instead, what these changes present is the opportunity to redefine marriage. In a world of social support systems, state-mandated education, effective contraception, and cohabitation, why get married? Cherlin argues that while marriage’s practical importance has decreased, it’s symbolic importance has increased. No longer a practical necessity, marriage remains a marker of adult accomplishment, a sign of status. We can see this changing conception in two ways.

The first is the rising age of first marriages. Couples are waiting longer than they ever have before getting married. Whereas marriage used to be the first step on the road to adulthood, it’s now seen as the capstone. Interviewees often talk of “not being ready” to get married. Financial security, a stable job, and homeownership are frequently seen as prerequisites to marriage. For lower-SES couples, these prerequisites may take decades to secure, prompting earlier marriages: marriage may be the easiest status marker to accomplish amidst diminishing job prospects and growing economic inequality.

A second example of the increasingly symbolic importance of marriage is the contemporary debate over same-sex marriage in America. Nowhere else is the debate so heated. Same-sex activists are not content to receive the practicalities of marriage (i.e. a civil union). There is something else to be gained. This contestation reveals the universal acceptance of the cultural model of marriage: both sides agree that marriage is of paramount symbolic importance. The disagreement comes from an idea of marriage rooted in expressive individualism vs an idea of marriage rooted in religious-moral traditionalism. The 2015 Supreme Court case did much to solidify a national-legal conception of marriage align with expressive individualism, but it’s worth noting the speed at which this debate unfolded. In no other area has public opinion fluctuated so drastically. In a mere 25 years, states went from legally neutral (white), to legally prohibitive (brown/orange), to constitutionally accepted (green).

Taken together, the changes we see in marriage today reflect an unprecedented emphasis on individual choice:

“Regardless of their education level, Americans face a situation in which lifestyle choices, which were limited and optional a half century ago, are now mandatory: you must choose, again and again. The result is an ongoing self-appraisal of how your personal life is going, like having a continual readout of your emotional heart rate. Moreover, as bonds of neighborhood and community weaken, people’s intimate relationships have become the main setting in which they develop a sense of meaning and identity. All of these factors create a heightened sensitivity to problems that arise in intimate relationships, and since some problems occur in almost every relationship, there often comes a time when the readout will plunge. When that occurs, people tend to question their relationships.” P188

This existential imperative echoes Sartre’s (1946) admonition that we are “condemned to be free.” Running from our choices is an act of bad faith. By detailing the social origins of marriage, Cherlin’s book helps us understand this newfound emphasis on choice:

“Marriage was not designed for intense, intimate bonds. People were too busy securing the daily necessities to luxuriate in a lifetime of emotional openness, personal growth, and shared leisure. Only when a rising tide of prosperity lifted most marriages above the subsistence level did these objectives come to the fore. And then, like a ship designed for a lighter load of love, marriage foundered under the weight of husbands’ and wives’ enormous emotional expectations.” P201

Now what? We can’t avoid evaluating our lives and making deliberate choices, at risk of falling into Sartrean bad faith. We can’t stay in an unhappy and unfulfilling marriage, at risk of being inauthentic to ourselves. We can’t lower our expectations of marriage, at risk of self-handicapping the ‘main setting in which we develop a sense of meaning and identity.’ Cherlin’s advice is to slow down. Think carefully about entering and exiting an intimate relationship. The modern marriage-go-round is a product of our two cultural models and it’s our responsibility to negotiate their respective pushes and pulls and find a consistent balance.

While incredibly insightful on the topic of marriage, Cherlin’s account seemed to offload explanatory purchase to other topics. To better understand the changes in marriage, it seems you really need to understand the rise of individualism. To understand America’s particular brand of individualism, you really need to understand it’s religious culture. While “the dangers of religious individualism qua Protestantism” is well documented, I found myself wanting more information on the secular culture of individualism. This topic gets lots of attention in today’s conversations, but its philosophical-historical origins are often poorly understood. Alas, within the bounds of his substantive area, Cherlin delivers a welcome treatment of an American institution.